Vanessa Marcil to play WARDEN GONZALEZ in OVER the BORDER 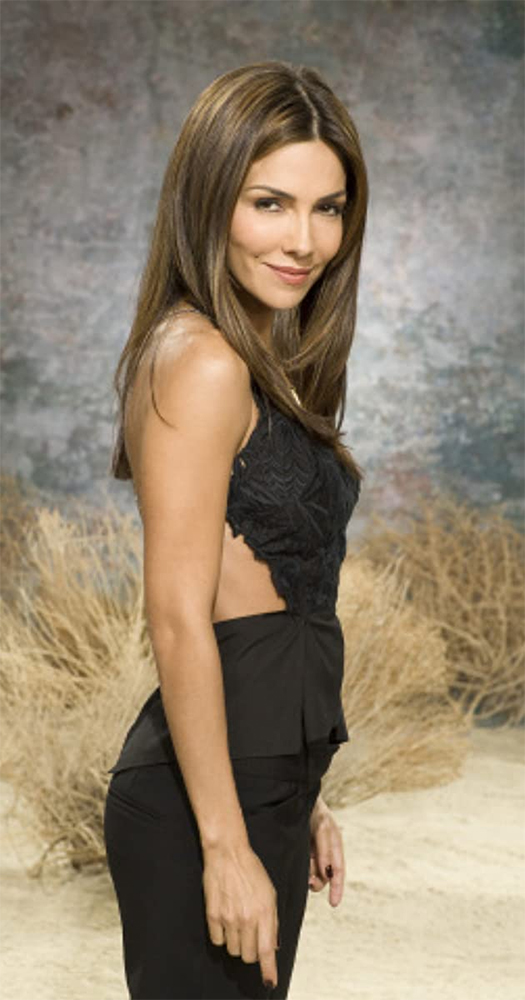 Vanessa Marcil was born Vanessa Sally Ortiz on October 15, 1968 in Indio, California to Patricia Irene Ortiz (née Marcil), an herbalist & Pete Ortiz, a contractor. She grew up in Indio with her parents, big brother: Pete Samuel “Sam” Ortiz Jr. (November 16, 1958 – November 7, 2019) and big sisters: Tina (b. October 20, 1959) & Sherry (b. September 7, 1962). When Vanessa was 8, she started acting in plays and even performed her own song at a sixth-grade talent show, which she won. Soon afterward she began pursuing an acting career and starred in several theatre productions before landing the role of Brenda Barrett on the ABC daytime soap opera General Hospital (1963) in 1992.

She made her feature film debut in The Rock (1996) opposite Nicolas Cage and starred in a made-for-television movie, To Love, Honor and Deceive (1996), in 1996. She stayed with General Hospital (1963) until 1998 and then left to join the cast of Beverly Hills, 90210 (1990) as Gina Kincaid, a former ice skater replacing Tiffani Thiessen as the show’s vixen. She met Brian Austin Green on the show and the two had a son named Kassius Lijah Marcil-Green on March 15, 2002.

In the fall of 2002 she made her long-awaited return to General Hospital (1963) reprising her role as Brenda Barrett, garnering her a Daytime Emmy Award for “Outstanding Supporting Actress” in 2003. Vanessa later joined the cast of the NBC drama Las Vegas (2003) as Sam Marquez, a casino host where she remained on the show for five seasons until 2008. That same year she became the host of Lifetime’s reality show Blush: The Search for America’s Greatest Makeup Artist (2008) as well as making a three episode guest appearance on the NBC show Lipstick Jungle (2008).

In 2009, she starred in the Hallmark channel movie The Nanny Express (2008) as well as in the Lifetime movie One Hot Summer (2009). In 2010, she was in the web series The Bannen Way (2010) and in August 2010 after a seven year absence, she made her return to General Hospital (1963) remaining on the show for a year before her departure from the show in July 2011. Although she did make a guest appearance in April 2013 to commemorate the show’s 50th anniversary.

Then in 2014, she starred in the Hallmark channel movie, Stranded in Paradise (2014) alongside James Denton. She is writing a book about her life which will be released in the near future. She resides in Los Angeles with her son, Kassius.